Why K-Pop fans are against NFT’s

K-pop is designed to feel. It is, nevertheless, meant to be viewed. When a band releases a song, only one piece of a larger package includes a visually stunning music video and multiple live performances of sophisticated dance routines matched with imaginative clothing and haircuts. In the industry, the most attractive group members are referred to as “visuals.”

BTS is the most well-known K-pop group in the United States, but it is only one of the dozens of artists and groups, each with unique sound and appearance, such as city pop and tracks that mix hip-hop with traditional Korean features. By focusing on what people can see, all types of groups have been able to sustain relatively physical-album solid sales in the era of digital streaming. Albums have become collectibles, with several editions available and packed with posters, books, and various “photo cards” about business-card-size photographs of the singers that many fans collect and trade.

So it’s no surprise that almost all of South Korea’s big music labels have announced plans to offer “non-fungible tokens” in recent months. They thought, If fans are willing to pay $3,213 for a single photocard of BTS’s Jungkook (an image that is widely accessible online), then why wouldn’t they pay to own digital photos of their heroes on the blockchain?

However, when K-pop labels made their NFT launch public earlier this year, many fans were outraged. They were strongly opposed to the plans, noting the negative impact of NFTs on the environment. Many labels are looking for ways to transition to greener NFTs, but will this be enough to sway K-pop fans? NFTs already have a market among crypto enthusiasts, and labels may struggle to convince fans that these products are also for them.

NFT technology has been around for a while, but interest in them has skyrocketed this year. An NFT of a cartoon monkey sporting a propeller hat sold for $3.4 million in October. But what exactly do NFT purchasers receive? Because they are digital images, owners are unable to touch them. They are also not the only ones who can see them. NFTs are just likely as any other image to circulate on the internet, and nothing prevents anyone from obtaining a copy.

Buyers do not even own the image’s copyright, which could allow them to control its reproduction and profit from its display or reprinting. What distinguishes an NFT is how its “ownership” is recorded: in an unchanging blockchain ledger–the identical ledgers that support cryptocurrencies like bitcoin and ether. The transaction is automatically recorded on the same ledger when customers resell their NFTs, hopefully for a much higher price than they purchased.

The issue is how these ledgers safeguard themselves against potential hostile actors. Most blockchains use a procedure requiring warehouses full of computers to crunch so many numbers that it consumes enormous energy. A single ether transaction consumes the same amount of energy as a typical American home in a week. With over 1 million transactions each day, Ethereum has a networkwide carbon footprint similar to Norway’s. Ethereum plans to switch to a whole new method of confirming transactions sometime next year, which would reduce the amount of energy required, but this hasn’t happened yet.

In early November, the music label Hybe revealed plans to collaborate with the fintech business Dunamu to offer NFTs to fans of its groups, including BTS, Seventeen, and Tomorrow X Together. Many BTS ARMY threatened to boycott the corporation, sparking hashtags like #ARMYsAgainstNFT, noting that BTS members had labeled climate change a “serious problem” in a speech to the United Nations General Assembly in September.

Plans for NFTs were scrapped as a result of fan backlash. Hybe is adopting a different approach, bringing its NFTs to newer, more sustainable blockchain networks. “We are aware that there are concerns about environmental effect, and it is clearly at the top of the priority list,” said Helen Mo, a Dunamu representative, in an email. The NFTs will run on Luniverse, the company’s own blockchain; Nicole Kim, Luniverse’s Green NFT Lead, promises that transactions on the network will require “negligible” energy and be 1 million times more efficient than Ethereum currently.

“I get the feeling that we’re not their target with this, but rather those crypto creeps who are already into that stuff.” Another user wrote, “Kpop nfts this is my villain origin tale.” When Qian Kun, a group WayV (a group that sings mainly in Mandarin but is managed by Seoul-based SM Entertainment), purchased an NFT, Twitter exploded in anger and disgust. The majority of the negative tweets mentioned the impact on the environment; however, many focused on fans’ outrage that the idol had revealed himself to be an “nft crypto finance bro.” “Hope Kun shares a picture of the nft art he now holds so I can save it for free and use it as my profile pic while he spent who knows how much money and [wasted] enough electricity to run a house for two weeks,” one user tweeted. “NFT fans are cringing,” wrote another.

If and when the environmental issues with NFTs are overcome, doubt against the technology appears likely to exist. That’s not a good indicator for NFTs as a whole. Whether or not the general public loves the vibes is extremely important in a market where the object being purchased and sold is nearly entirely made up of vibes. 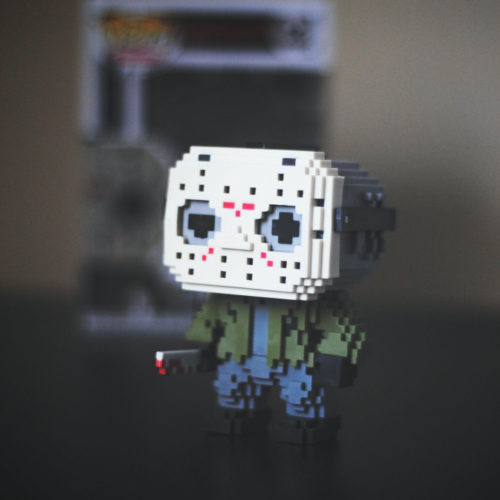 The CEO of Tesla and SpaceX, Elon Musk, has suggested that Twitter accept crypto payments. In his first meeting with everyone at Twitter, he...

The hot topic which made millionaires overnight and started a new era for artists and crypto enthusiasts, of course, I am talking about the...

You'll need to know what NFT means and NFT slang means to get around in this new and exciting digital world. In this guide,...

Will you get rich from bored ape’s ‘Apecoin’?

Yuga Labs is taking great pains to distance itself from the Apecoin token's launch, which will be handled by an entity called ApeCoin DAO.,...

Can you divide NFTs into a fraction and buy them? Fractional NFTs Explained 

NFTs royalty, who should get it?